EFEA 2021 will be held at Vitosha Park Hotel, Sofia, which is near the Technical University of Sofia. The hotel offers special prices for the conference participants (available soon).

Click HERE to downlaod a VENUE & TRAVEL GUIDE which includes all the useful information regarding the venue, how to get there, places to visit, etc


The City of Sofia

Sofia is Bulgaria's capital and its largest city. Founded thousands of years ago, today the city continues to develop as the country's cultural and economic center. At present, the city has a population of 1,500,000.Sofia is located in the western part of the country, on The Sofia Plain and on the lower slopes of Vitosha Mountain (2290 m).

The city's average altitude is 550 meters above sea level, the climate is moderate and continental, characterized by cold winters and relatively cool summers. The average temperature in June is 22-25 degrees Centigrade.

The Sofia Airport provides travelers with convenient connections to all major European cities. Bus and metro lines bring all passengers to the city centre (1.60 BGN or 0.80 cents per ticket). The average cost of a taxi from the airport to the city centre is 12-18 BGN or 6-9 Euro (tips are welcome). If you would like to hire a taxi, please use the taxi desk in the arrival hall (OK Supertrans, a.k.a. 973 21 21).

Sofia has been settled for many millennia. In honor of its hot springs, in the 8th century BCE the Thracian tribes settled here gave the city its first name: Serdika or Serdonpolis.In the 1st century BCE, Serdika was captured by the Romans, who transformed it into a Roman city. During the reign of Emperor Marcus Ulpius Trajan (reign 98-117 CE), the city took his name, Ulpia Serdika, and became the administrative center of the region. Serdika was the favorite city of Constantine the Great (reign 306-337), who said Serdika is my Rome. 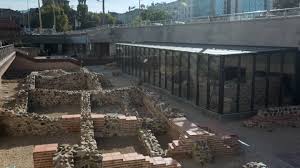 In roughly 175, massive fortified walls, with four watchtowers were built to protect the city , and a second outer fortified wall was added during the 5th-6th centuries. The city's flourished for a second time under Justinian the Great (reign 527-565). At the beginning of the 9th century, the Bulgarian Han Krum (reign 803-814) invaded Serdika. The city became an inseparable part of The First Bulgarian Empire (7th-9th centuries) under Han Omurtag (reign 814-831).

At this time the city was renamed Sredets (The Center), because of its central strategic location. From 1018-1094, Sredets was under Byzantine rule, but still remained an important strategic, economic, and cultural center. During the time of The Second Bulgarian Empire (1185-1393), Sredets took on the appearance of a large Medieval city: its narrow, crowded streets witnessed the construction of more and more small churches and monasteries, which later became Sofia's Holy Mountain. The city gained its present name at the end of the 14th century, in honor of the city's major symbol, The Saint Sofia Basilica.

In 1382, the city fell to the Ottomans. It was liberated five centuries later, in 1878, and on April 3, 1879 it was declared the capital of the newly-liberated Bulgarian nation.

Sofia preserves many valuable monuments to its long and storied past. Visitors exploring the city's streets can see remnants of The Eastern Gate from the days when Sofia was Serdika and Sredets, dating from the 2nd-4th centuries CE. These remains are exhibited in the underpass connecting the Presidential Palace and The Ministerial Council, surrounded by shops selling traditional Bulgarian souvenirs and rosewater.

The Saint Sofia Basilica, founded during the reign of Justinian (reign 527-565), is one of the oldest churches in the capital. It was the city's major church during the Middle Ages, and under the Ottomans it was used as a mosque. 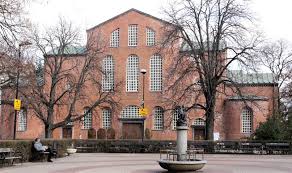 Very close to Saint Sofia is The Memorial Church Saint Alexander Nevsky, now one of the city's most recognizable symbols. This church was built in 1912, and was designed by the Russian architect Alexander Pomerantsev. Its bell tower rises to a height of 53 meters, and houses 53 bells, the heaviest weighing 10 tons. One of the most popular tourist destinations in Sofia, the church can hold roughly 5,000 people, and on important Christian holidays it is filled with believers.

In the church's crypt, there is an exhibit of Orthodox Christian art. Directly across from the church is The National Gallery of Art, which often exhibits works by world-famous artists. 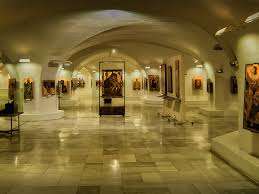 The oldest church in Sofia is the Saint George Rotunda. It is thought that the church was built in the 6th century, during the reign of Constantine the Great. 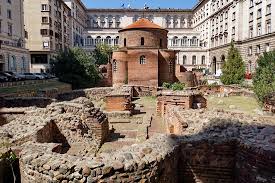 In the rotunda's immediate proximity, in the underpass leading to the Serdika metro station, is The Saint Petka Samardzhiyska Church, built in the 11th century. 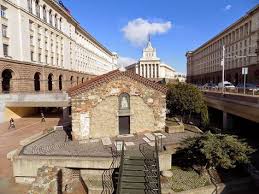 Very near is the Russian chirch St. Nicolas the Miracle-Maker. 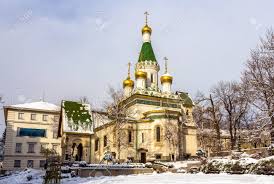 Another Christian monument in the region is the Saint Joseph Catholic Cathedral. 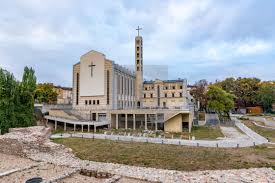 While walking in the area, visitors will also see the Banya Bashi Mosque, built in the 16th century.

Not far from the mosque there is a synagogue, which houses a museum. 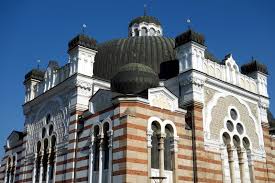 There is hardly another city in all of Europe that has so many noteworthy Christian, Islamic, and Jewish monuments so close together. In the immediate vicinity, other historical remains are preserved, such as the municipal baths, the marketplace, and The Holy Sunday Church. Adjacent to this church is the Theological Seminary, which houses The National Historical and Archeological Museum. Other points of interest in the city include The Lion Bridge, The Eagle Bridge, The Russian Monument, and the monument to Vasil Levski (a Bulgarian revolutionary hero who gave has life in the struggle to free Bulgaria from the Ottomans in the 19th century).

In the midst of the city's religious landmarks, directly across from The Presidential Palace, is The National Archeological Museum, which has in its collection some of the most valuable treasures discovered in Bulgaria. 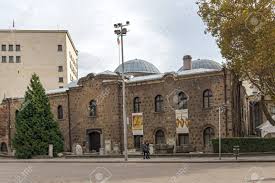 Masterpieces of Bulgarian painting are on display at The National Art Gallery, located in what was formerly the Bulgarian Royal Palace. 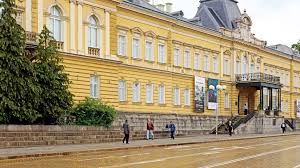 The National Museum of Ethnography is also located here, and The Museum of Natural History is a very short distance away, with exhibits of plants and animals that are very valuable, and even some that can no longer be seen in the wild. Near the Parliament Building iis the Monument to the Liberator (in honor of the Russian Tsar Alexander II, who was instrumental in freeing Bulgaria from Ottoman rule). 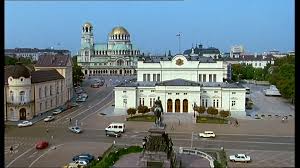 Together with the campus of Sofia University Saint Kliment Ohradski these are among the city's major symbols. 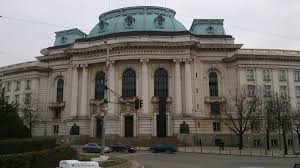 Without a doubt, one of the most beautiful buildings in Sofia is The Ivan Vazov National Theater.

On the lower slopes of Mount Vitosha, in the Boyana District, is located The National Museum of History, with its collection from prehistoric times to the present day. The museum has one of the largest collections anywhere, with over 700,000 items of cultural importance. Close to the museum is The Boyana Church, one of the Bulgarian monuments that is listed among the UNESCO World Heritage sites. You need to hire a car or a taxi to get it there. 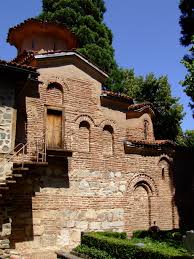 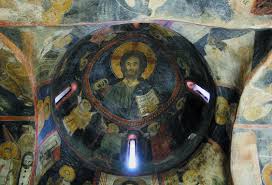 Sofia's parks are a favorite place for rest and recreation. Borisova Gradina Park is right in the center of the city, and South Park is next to the National Palace of Culture. 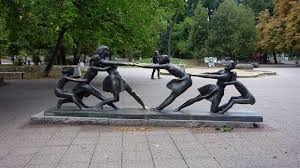 Like every big city, Sofia has something for every taste. There are a great many luxury hotels, including those that are part of international hotel chains. There is also a wide variety of hostels and smaller family guesthouses. There are a multitude of discotheques, restaurants, bars, piano bars, folk clubs, taverns, soda fountains, fast food outlets and many other kinds of entertainment. 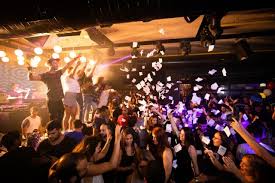 One of Sofia's favorite spots for both visitors and residents is Vitosha Boulevard. Here thee are shops carrying world-famous brands, and since it s a pedestrian zone, it a very pleasant place for strolling and relaxation. In general, the capital is a shoppers delight, since Sofia is still one of the major crossroads on the Balkan Peninsula for trade of all kinds

The city's annual celebration is observed on September 17, in honor of the martyrdom of Saint Sofia and her three daughters Vyara (Faith), Nadezhda (Hope), and Lyubov (Love).